The area on the corner of Pasley and Rennie streets features more than 14 acres of land with the new school being part of the Holy Rosary Parish.

Catholic Education Sandhurst director Paul Desmond said construction would still be years away but was delighted to announce the official purchase of the property. “Our exploration of the site began in December 2015, when we identified Huntly as an area of significant growth,” he said.

He continued, “We have been committed to establishing a Catholic Primary school in the Huntly area ever since. […] We wanted a big piece of land for buildings and sporting fields as well as passive green areas for kids to relax in. When constructed, these much needed facilities will cater for the growing Huntly population, providing a comprehensive educational facility with first class amenities.”

On finding a principal to lead the community and school, Mr Desmond said “.. We will be looking for a principal well in advance of commencing building. Very early we would like the community to know (who the) principal is and employ that person six to eight months out (from construction).”

The new Huntly Catholic school will be the 57th school in the Sandhurst diocese. At this stage it is planned as a primary school. “We just think this is exciting time in the history of Bendigo and Huntly in particular and we are looking forward to seeing families go there.”

Provenance Bendigo, situated in Huntly, will benefit from a commercial core (STCA), Huntly train station due for completion in 2023 and vast parklands, as well as new community facilities such as the future Huntly Catholic School. Each home is within 200metres of a park and walking distance to the train, and is the perfect community to Build Your New Life and raise your family. If you’d like to learn more or book a site visit, contact Katrina at Provenance on 0418 584 107. 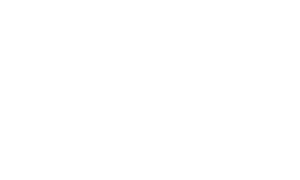 Home is where the heart is – April and Travis’ Engagement at Provenance...